8:00 am, and all was squeaky clean at the tiny apartment I shared with my family in one of the slums that littered the beautiful city of Lagos. Our house stood tucked between dozens of homes painted the same dusty brown and roofed with rusty aluminium zinc. There were at least 35 people crammed into these tiny prisons.

The loud ringing of children’s laughter and parents yelling at their kids to behave travelled through all the apartments and filtered into the kitchen where I sat, feeding the fire I had made to warm my family's breakfast.

I watched the smoke from the crackling wood rise and spread around the room. Its strong smell stung my eyes and filled my nose and lungs, which triggered a violent fit of coughing. I ran out into the compound and struggled to breathe in fresh air to replace the smoke in my lungs.

Uncle Jude, a 5ft11 heavily built man with a rough exterior, dark skin, and muscular arms sticking out of his red t-shirt, was bent over by the tap. He was the saviour of our large compound. If you needed to lift your large mortar and your husband wasn't home, uncle Jude would gladly do the job. If you need help carrying large gallons of water filled to the top with the near yellow water the public tap gave up every Friday, Uncle Jude would gladly step in. He was a nice guy, a great friend to all the tenants and a 'responsible bachelor', as our compound women had christened him.

As I knelt, gasping for breath, uncle Jude appeared suddenly by my side and started thumping my back. That seemed to help as I gradually started feeling better, and the coughing died out eventually. He helped me back on my feet and smiled widely, showing his gap teeth. I thanked him and ran back into the kitchen to finish making breakfast.

My mum walked into the kitchen a few seconds later, clutching her faded wrapper to her chest. I bent my knees to her in greeting. She nodded satisfactorily after inspecting the breakfast I had made.

My mum stood tall at 5ft8 inches with dark skin and a face that had seen better days. Wrinkles covered every inch of her oval-shaped face, and heavy bags lived permanently under her eyes. I looked away quickly to avoid making eye contact with her.

As I walked towards our apartment, I caught Uncle Jude staring at me from my peripheral vision. I walked faster and shut the door behind me. Thankfully my siblings were already awake and in the bathroom taking their baths. I moved to lay their school uniform on the mat the three of us shared.

In the adjacent room just a few feet from where I was standing, the strong snores of my drunken father rang out. He had come home sometime around midnight. His snores were heavy. I could perceive the rancid smell wafting out of his body and filling the room with a choking consistency.

I turned to go outside when my siblings burst into the room laughing and cracking jokes about something they had seen someone do in the compound. I laughed with them as I helped them dress up for school before I left for the market, where I sold roasted unripe plantain and roasted yam with oil, a delicacy on the streets known as "bole”.

The first time Uncle Jude groped me and forced his heavy lips on mine, I hated myself so much for standing there and not defending myself. I hated that I was naive and vulnerable. I hated that I couldn't fight for myself.

After the first time, I cried myself to sleep and burnt two customers' "bole" the following day because I could barely focus.

I was becoming a shadow of myself as the groping continued. I rarely got any sleep. When I closed my eyes at night, Uncle Jude stood there, tall and massive with his giant lips dripping saliva every time he licked them and advanced closer to me.

I could perfectly draw how his face folded into a grimace, and his black, broken lips bent to one side when he told me that I couldn’t tell anyone because no one would believe me; and he was right. Uncle Jude was the compound hero. Everyone would blame me for seducing him.

I tried to tell my mum, but the tired lines crisscrossed her face discouraged me. I knew she had enough on her plate already. I wasn't about to add more.

Uncle Jude's groping continued, and I got accustomed to it until one day, he asked me to take off my underpants. I stood there and watched him like a stray scared cat.

He pushed me to the floor and mounted himself on me. He stuffed a dirty rag which he found lying in a corner, into my mouth. I started to struggle, beating around the place like an unfortunate tourist who was drowning.

He slapped me hard across the face, and I squirmed and kicked, my body growing weaker with every move. The salty taste of my tears and sweat filled my mouth. Uncle Jude spread my legs apart and used his heavy thighs to hold me down. I wailed loudly, but his heavy palms muffled them. Finally, he started to unzip his pants.

The night was dark, but I could catch the trace of a smile and the glint of excitement that was etched across his face. And then I saw it, a rusted knife probably belonging to one of the neighbours, laying just a few feet from where Uncle Jude was about to destroy my dignity.

Before I could rethink what I was about to do, I grabbed the knife and sunk it deep into Uncle Jude's chest.

The shocked look on his face rapidly changed to one filled with pain and anguish. I thought I saw a flash of regret cross his features, but I was hyperventilating, so my vision was shaky.

Uncle Jude died a few minutes later, and my body began to give up on me. My heart throbbed fast, and painful squeezing beats in rapid succession. My legs grew weak, and my dinner rose to my throat when I looked down and saw that Uncle Jude's blood was splattered on my clothes.

Dark circles appeared in my vision, and I sunk into dark oblivion.

I was woken by a fat woman who lived next door to our apartment. She screamed for other neighbours to come as I sat there beside Uncle Jude's mutilated body.

I could barely comprehend what was going on. My mother's wails sounded in the background. I had never seen her cry before. Even when my drunk father turned her into a punching bag, mama never cried. I felt so ashamed for bringing tears to her tired and worn eyes.

I looked on with fear in my eyes as the members of our compound gathered together to move Uncle Jude's body into a small pickup truck.

The truck drove away, leaving behind a cloud of smoke that stung my eyes. I was seated on a tiny stool with most of the neighbours surrounding me and yelling profane words at me.

Finally, the landlord struggled to the front and managed to make them keep quiet. He placed his right hand on my shoulder and asked me to narrate what happened. I sighed and felt hot tears fall down my cheek as I told my story.

It felt good to be listened to, but my joy was cut short by a chubby, dark-skinned lady who screamed ‘liar!’ at the top of her lungs till everyone joined her.

My heart sank even further; they didn't believe me. I sat in silence until three hefty policemen arrived to arrest me, then the tears came spilling out once more.

From then on, everything seemed to happen in a flash. I sat through court proceedings hoping somehow someone could save me from the inevitable. There was no one.

The Judge, a light-skinned woman that looked to be in her sixties, pronounced me guilty of all counts and sentenced me to life imprisonment. I sat there stunned and speechless. And at that moment, I saw Uncle Jude's face with a cruel smile drawn across his lips.

He had won again, even in the grave. 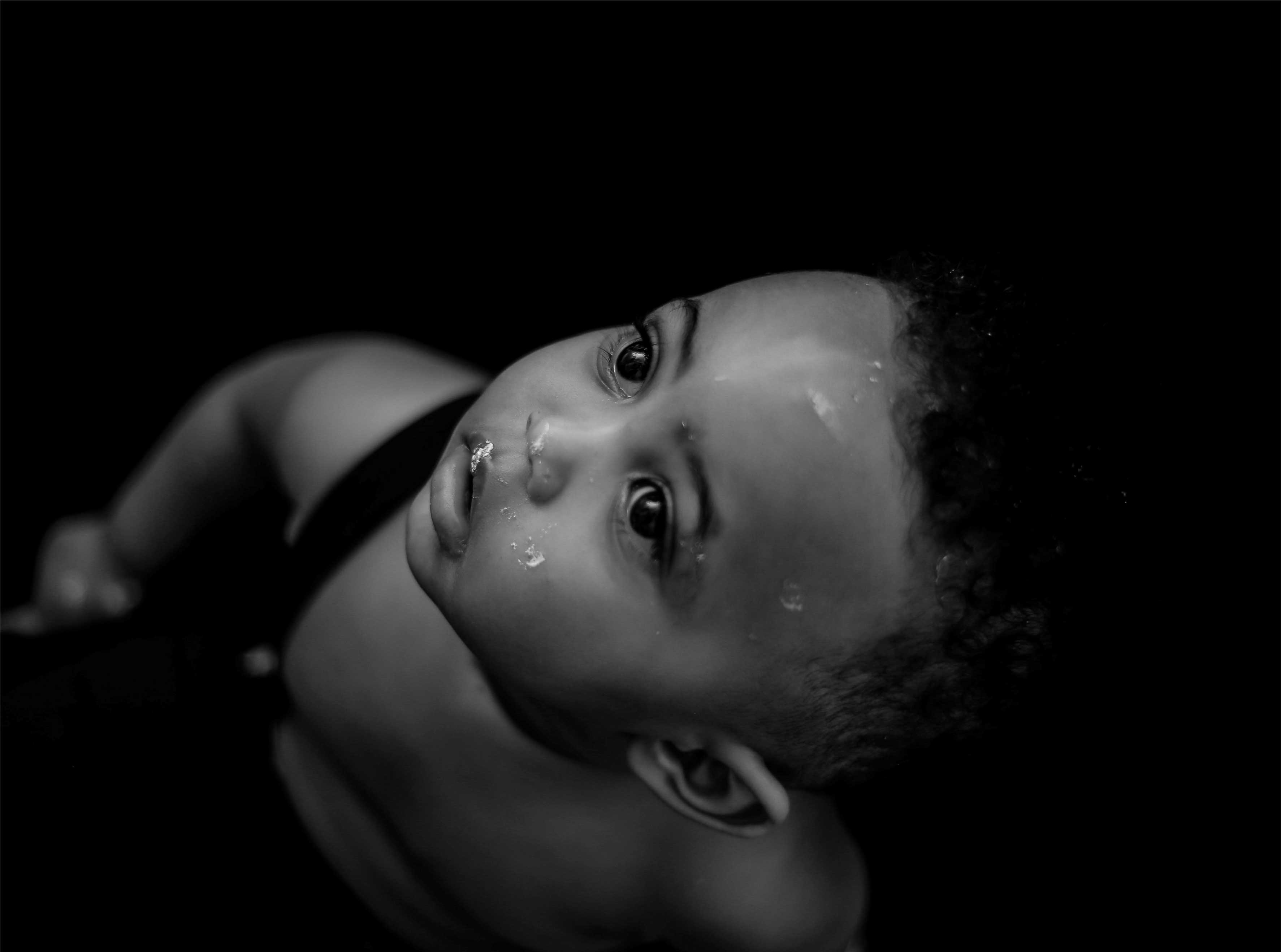