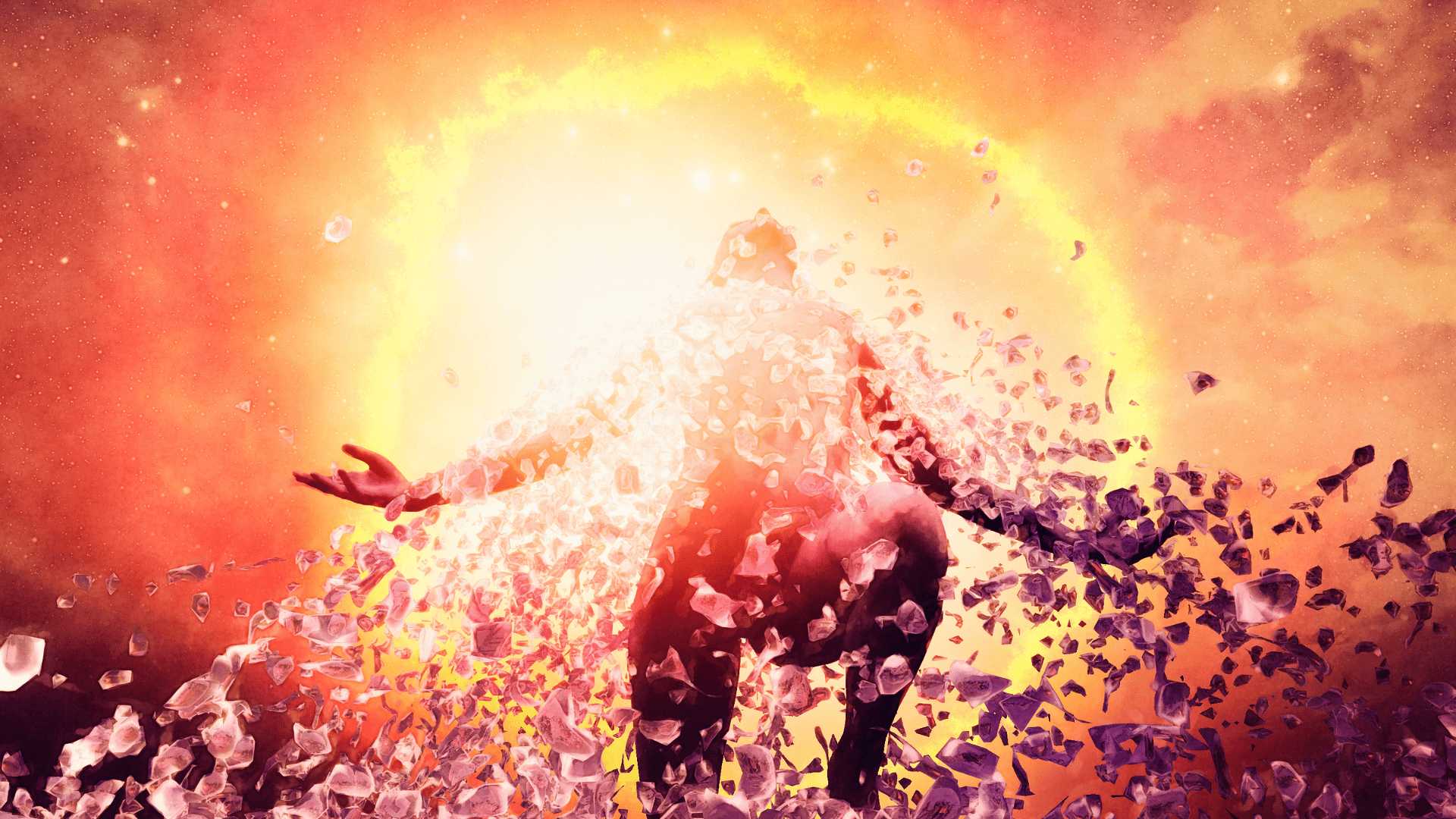 The history of you

Which came first, the chicken or the egg? You have travelled through the spiral of life several times over, yet, you cannot tell.

The first time you came into the world, you came as Dimkpa, Okol'obia Awka; your father's strong right arm, your mother's joy, your tribe's shield. You farmed the land, fought its foes,  married wives who bore you children, took titles, and lived up to their honour. They say a  tortoise's shell can never be too heavy for him. Yours was a case of the tortoise being too strong for the shell. You overgrew your shell and opted for a new one. You crossed the Great River searching for a land to call your own and found an idle lake, unclaimed. You called the land beside it 'the land of water' and settled there.

When your daughter fell ill and wouldn't respond to medicine, her mother, your second wife, pleaded for help from the lake, throwing a she-goat into it as a sacrifice.

daughter's recovery, her mother cut her hair and consecrated her to the lake. She was hence, to take no husband and was to bear children for the lake. You did not like this, yet you said nothing, for the lake had been benevolent, and it felt wrong to deprive it a servant.

The second time you came into the world, you came as Adamma, ugegbe nwa, a glorious beauty.  Your voice was music; your gait, a dance.

You lived in a small hut by a lake, at the outskirt of a big town. Your family owned no farms and no lands. Your father was the oracle of the lake. Your brothers fished and sold their catch in the town's market. They told you how townspeople avoided them because they were from a family consecrated to the lake.

Your mother said this was the way of the world. "You will replace your father in his craft. You will take no husband and bear children for the lake," she told you. "Your brothers will  travel far and wide, marry and bear children who will return to pay you homage."

You sat with your father as he worked, and he taught you to listen to the lake. He said,  "To hear the lake speak, one must first learn to listen to people."

You saw how he gave herbs to cleanse the system of women who found it hard to conceive children. You also saw how he cured countless ailments by administering drinks brewed from herbs, and you understood the art of divination.

When your father passed on, the mantle fell to you, and you carried on from him. At the dusk of your life, you faced a new challenge. Strange men arrived in the town now. Strange men

who spoke through their nostrils and rode iron horses. They called the lake a dead god and succeeded in taking away many of your followers.

The third time you came into the world, you came as a boy genius. You were born to parents who lived in a brick house behind a huge stone church. Your father was the Catechist and the white man's interpreter.

You were one of the brightest lads in Animmili District.

You worked hard and earned that scholarship. You travelled in a big boat across an open ocean. You studied the white man's law, played his sports, discussed his politics, argued his philosophies.

Yet something troubled you.

There were black men like you who were not dignified as you were and could not study at your college. Sometimes you were confused, but you understood the problem when you were prevented from riding in certain buses. You began to question the white man's law. You found it less stellar than your father had claimed it was. Why was your home country even a colony?  Who gave the white man this authority to civilize your people?

When you returned home, you gave your voice to the demand for independence from the white man's Crown.

The fourth time you came into the world was the first time you felt you had been here before.  This time you saw snippets of previous lives.

Your family lived in a block of flats in the new capital city of a new state. Every other year, junta music came on the radio, announcing the ousting of an old dictatorship by a new one.  You lived in your head, connecting fragmented stories of your past lives. These images gave you nightmares that you kept secret.

The year you began preparing to take your WASSCE, you became free to leave the house for extramural lessons. You found the time to visit a churchman a good friend recommended. They said he saw visions. You told him your problems. He said you were possessed, and he would pray away the spirit that had possessed you. He fondled your breasts during this prayer and asked you to come to visit him again in two days. You nodded and walked away. You never went back.

After your WASSCE, you took long walks around the city. Therapeutic walks to clear your head. A car knocked you dead on a Wednesday afternoon. And another journey ended.

You have come into the world again. This time, with stronger memories. This time, armed with knowledge from lessons of former lives.