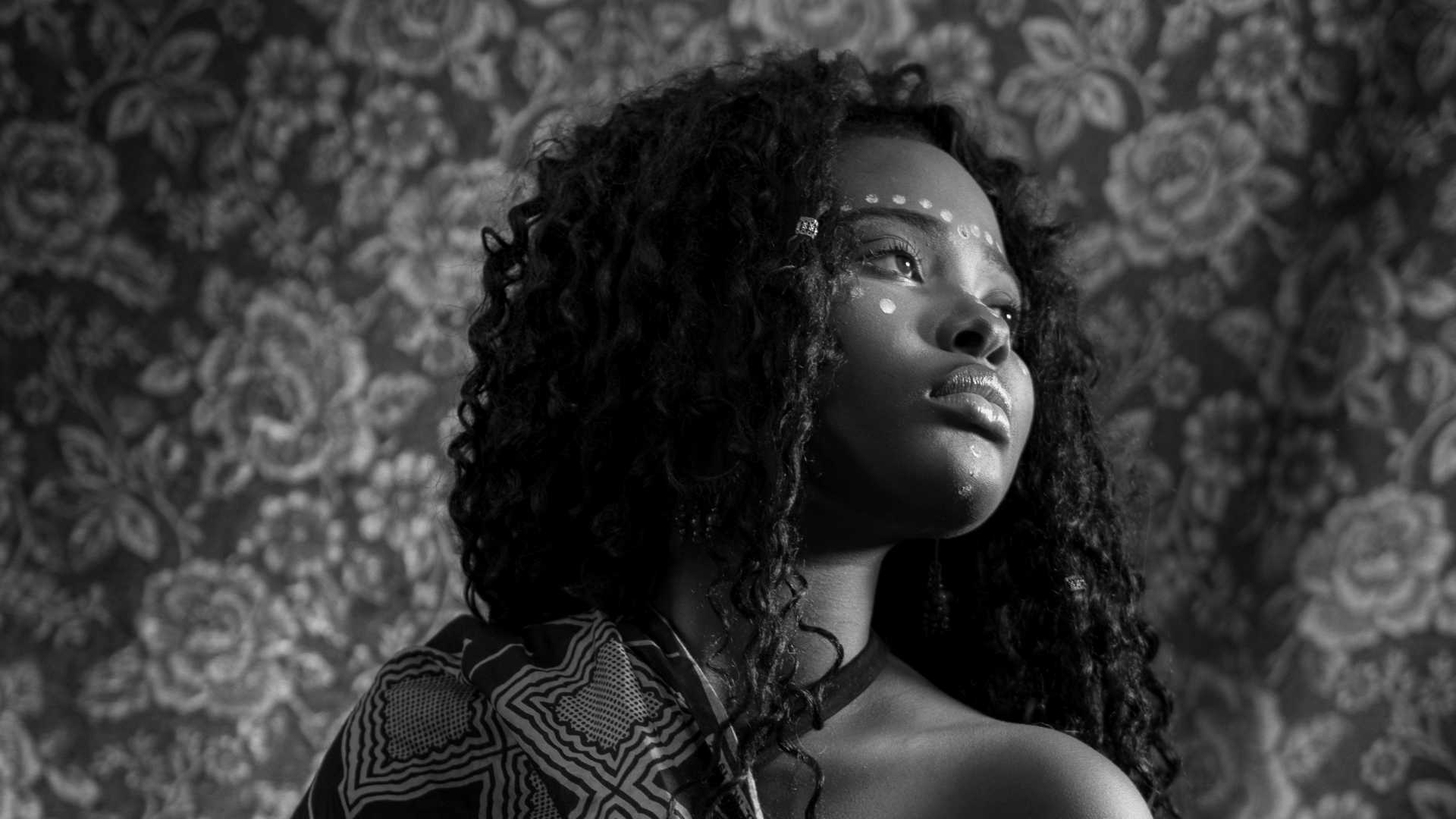 The death of ewe, of me

Up until the day Baba rode up with his warrior men in a haze of thick, red dust, I'd never laid eyes on a woman. The closest thing to one I'd ever seen was in my dreams. A woman whose face I could never recall when I woke up, singing to me and smoothing coconut oil into the pores of my skin. In that dream, I am an infant. Now, I am fifteen. And I still tend to my cocoa brown skin with coconut oil.

I have seen many things a maiden of fifteen moons ought not to have seen, but a woman is not one of them. When I was born, men from Iga, surrounded our small clan and slaughtered every single female. Except for me, because my mother hid me. Baba's men do not talk about that day. I know now because Baba told me, and only after he had slapped my face for continually asking.

Baba said my mother used to be an Iga woman. And that after our warriors tried to take Iga and lost soundly, my mother was snatched from the farm where she was stealing a guinea fowl's eggs on their hasty retreat back to our valley. She was the betrothed of Iga’s most ruthless warrior. Aruka. After this, Aruka swore that every woman to ever stand on our soil would fall by the sword. And they did.

I never saw them because Baba had me hidden away in the mountains most of the time, with three guards whose testicles had been crushed so that my maidenhood could be preserved as was my life.

I ran from the mountains to our camp when I heard the flat, booming call of our clan's horn. We were victorious! Aruka was dead! My chest filled with pride and devotion as I watched Baba trot to the centre of the camp with his few surviving men and…and…what-who was that? A woman! Like from my dreams! Her bound hands were tied to Baba's horse, and she faltered and stumbled with each step.

Her hair was plaited in thick, dark cornrows, and her skin was the colour of a walnut. No one saw me where I was hiding in the trees, but she did. Her eyes were guileless, like that of a deer. Or in her predicament, a ewe. She was going to be hidden away and fattened so that she could produce strong sons for the clan. I knew because one of my guards told me after I pestered him for days when I espied Baba and his warriors offering sacrifices to the gods, praying for protection.

I felt something strong and beautiful flow from me to her. She was a prisoner like me. My kin. I felt no such thing for Baba, who was afraid to love me, for he could lose me like he lost my mother.

They took her away, and I followed easily. I’d roamed the valley all my life. It was many days before I went to meet her, many days of watching Baba and his best warriors come to her at night…Wiwa too, the arrogant warrior who thought I belonged to him because he was Baba's bravest warrior.

Her name was Ishua, and she had seen twenty moons. Oh, she was wise! And graceful. Everything I was not. Ishua told me many things while the guards slept, and every three days, I could not wait to creep to the other end of the valley for her wondrous tales, her kind radiant smile. And her singing. It haunted me. And when I returned to my prison, I cried and cried, for something in me that was lost though I had never had it.

The woman from my dreams came every day now. It made my yearning painful and cruel, like a nightmare. One night, I stayed longer. As I listened to Ishua's clear, low singing, hot tears flowed down my cheeks, and my body began to tremble. I did not see her move, but her arms enveloped me, and my sobs rose from somewhere deep inside.

I had never touched another human being, not my father, and certainly not my guards. She was patting my back and smoothing my unruly hair. And that was how Wiwa found us. Wiwa, who had had his turn earlier that night. His loud curses woke the guards. Abomination! Abomination! Evil! I stared puzzledly at Ishua, who looked on dumbly. Evil? Where? Who?

He went to Ishua and felled her with a blow. I lunged at him like a wild baboon and scratched his face before the guards restrained me. The rest of the night was a passage in the blackness of the heart of man. When Wiwa accused me before Baba’s council of becoming Ishua’s lover, I was confused at first. And then stunned when I finally realized what he meant. Baba did not believe me, could not see that I only needed my mother. Hadn’t I attacked Wiwa?.

I was evil. Ishua was evil. She could not be entrusted to bear the clan's sons lest she passed on her evil seed. And so, they agreed. Another 'ewe' would be captured and bred. This time, maybe two. Ishua would be offered to the gods to appease their anger. As for me?

I would never be allowed to leave my prison until Baba decided what to do with me. The irony of it was that he loved me but could not love me. From the other side of the forest, her screams as they set her ablaze pierced me so deeply they echoed in my dreams for moons.

When Baba came up one day to say Wiwa had agreed to take me on as his wife, I said nothing. Everything inside me was broken. And what couldn't break was slowly dying. My guards whispered amongst themselves.

Sometimes, when I remember to breathe, I imagine telling my offspring about it—the death of ewe, of me.